COULD A NEW LAW HELP NOMADIC HERDERS IN MONGOLIA?

Man’s happiness lies in an empty field, according to the old Mongolian proverb, and the country’s vast grasslands have certainly sustained its nomadic heritage for centuries. 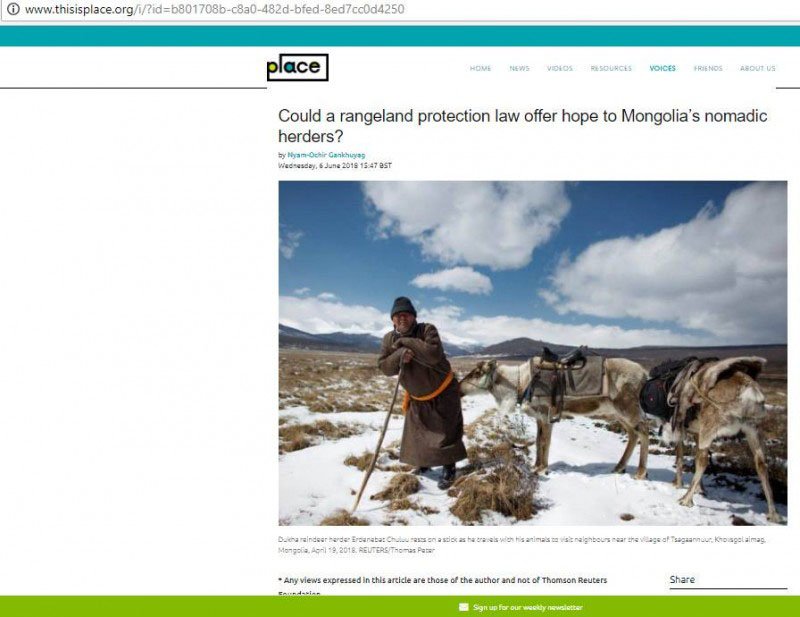 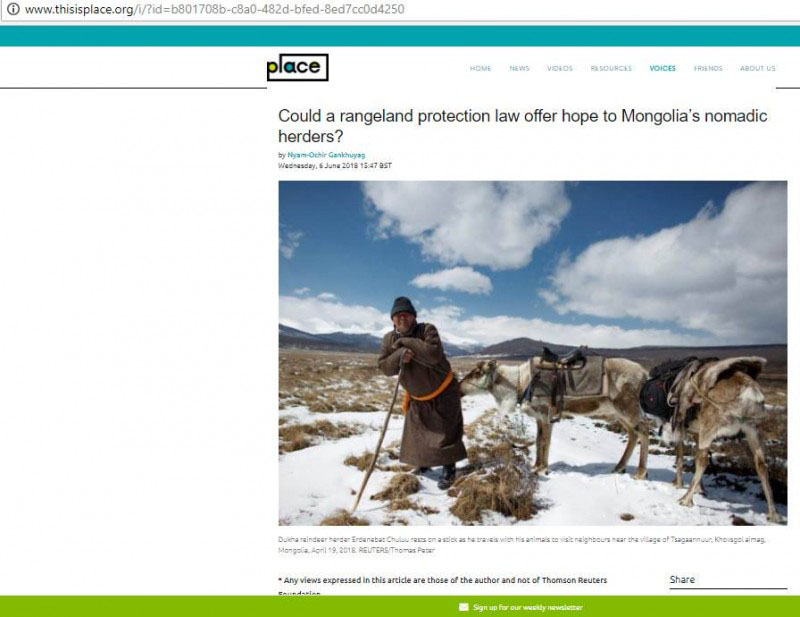 Man’s happiness lies in an empty field, according to the old Mongolian proverb, and the country’s vast grasslands have certainly sustained its nomadic heritage for centuries. But when the open field is increasingly bare because of overgrazing, higher temperatures and droughts, it is little wonder that thousands of men, women and children move to the city every year. Degraded land that has lost its fertility keeps herders trapped in a vicious cycle: with less pasture to graze their animals, they lose their stock and their income. And in response, many families compensate for these losses by increasing their herd size, putting even more demand on the already vulnerable land. A recent health assessment of Mongolia’s national rangelands, which makes up more than 80 percent of its territory, found 65 percent was degraded. Meanwhile, the number of livestock in Mongolia has reached record highs of more than 65 million. Unless urgent measures are taken swiftly, Mongolia risks losing some 25 million hectares of grassland to desertification, putting national food safety and security at risk, and causing more herders to descend into poverty.

But all is not lost. The same recent assessment also found that 90 percent of these degraded rangelands still maintain the natural capacity to regenerate themselves, if grazing pressure is reduced. We believe that a rangeland protection law, which is currently progressing in Mongolia, offers the best chance to regulate the use of public and open access rangeland to support the recovery of both the precious steppe and its herders. Firstly, the legislation would create a specific and clear regulatory environment for traditional groups of herders who share the same seasonal rangelands. The main challenge that has kept such a law on hold for more than two decades has been the question of how to ensure the mobility of the herders while still demarcating the boundaries of grazing lands for which they are responsible. Unlike in intensive livestock systems, groups of herder families share four seasonal rangelands and it is a collective responsibility to maintain the health of this land. An initiative called the Green Gold and Animal Health Project, jointly led by the Swiss Agency for Development and Cooperation and the Government of Mongolia, has been supporting and developing traditional collective herder groups and empowering them to establish rangeland use agreements with local governments. At the same time, the project is helping herders to achieve better livelihoods, for instance through marketing activities linking herders cooperatives directly to processing companies for livestock products.  The basis of the new law is developed around the concept that nomadic herders form a collective group to manage rangelands they have been shared traditionally and formalise this agreement with the local authorities. Secondly, the law would also provide for rangeland health monitoring and grazing impact monitoring systems to help enforce rangeland protection. Pasture user groups of herders would be given assessments on the status of rangeland health, which will inform the conditions of their rangeland use agreement. Once this agreement is signed, livestock grazing impact will be monitored by the change in indigenous species and productivity of the rangelands. A rangeland protection law would also set out the means to regulate the number of livestock based on pasture carrying capacity, with mechanisms such as a grazing fee. This would help to manage grazing and reduce the risk of land degradation. It would also mean better, healthier prospects for the animals that do graze the land, improving the sustainability of herding in the long-term. A poll among herders has already found the majority would welcome a grazing fee as part of a new rangeland protection law.

The draft legislation is one of the initiatives we hope to discuss at this year’s annual meeting of the Global Agenda for Sustainable Livestock with our partners in the Mongolian government. As the flagship annual event for sustainable livestock issues, it is the perfect opportunity to bring together the relevant parties and authorities to ensure the new legislation is fit for purpose, and to learn from the experiences of others in this area. Livestock keeping and sustainable pasture management is compatible and we believe it offers the best hope for a healthy future in Mongolia - leaving no one out in the field alone.

Nyam-Ochir Gankhuyag, is the executive director of the Mongolian National Federation of Pasture User Groups of herders.